A forward-thinking mobile developer with good understanding of developing, implementing, evaluating, and supporting iOS and Android smartphone and tablet applications. 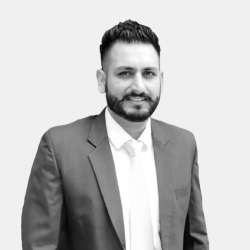 I have a degree in computer science and working as an iOS developer. I blog about the newest iOS development, Xcode, and Swift tips and techniques.

In addition to iOS development, I worked on numerous projects for Android and web platforms in the areas of e-commerce, coaching, matrimonial, e-newspaper, administrator management systems and more.

I'm currently working on @morangolang app written in Swift which helps to learn new languages in easy and fun way.

iOS Developer, Morango Languages
Feb 2021 - Present
Morango Languages App- It's a language learning app built with Figma, Xcode, Swift, UIKit, CoreData, and StoreKit that aids in the learning of new languages. I was able to successfully submit multiple updates to the App Store after starting from the ground up.

iOS Developer, Habitoo
Mar 2020 - Feb 2021
Habitoo - Habit Tracker: Habitoo is an iOS app that features a basic habit tracker for tracking everyday goals and behaviours. Figma, Swift, SwiftUI, and CoreData were used to build it. I designed and developed this app, which was successfully released on the App Store.

Junior Android Developer, ADM Systems Pvt Ltd
Jan 2014 - Jun 2014
POPBAR - An Android app that lets you see how well-liked you are among your friends based on how they rated you in a question game. Android Studio and Java were used to build it. My work entailed designing the user interface and features, as well as publishing it on the Play Store. For app crash monitoring and analytics, I merged Crashlytics and Google Analytics.

Trainee Android Developer, Sebiz Infotech Pvt Ltd
Jan 2013 - Jun 2013
Anti Text Spoiler - An Android app that allows you to specify when do not disturb mode should start and end. For the duration of the time you specify, notifications, calls, and text messages are blocked. Android Studio and Java were used to build it.

If you have any queries or an interesting project idea, please send me an email